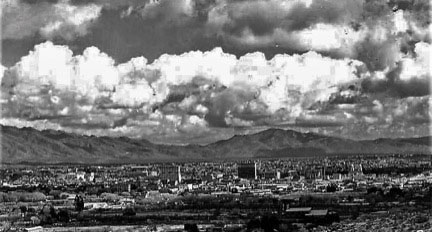 The Dead Man on the Corner

March, 1953. A good time to be a kid in Tucson, Arizona. It’s the windy month and the afternoons are for kites—kite fighting—a rough, take-no-prisoners war in the sky. When the air is still, the Sky Pirates, six boys and a girl, take to their “desert islands” to hide treasure and fight other marauding bands in often-bloody battles for dominance.

There is another wind, a dark storm that blows through the neighborhood. It leaves some people dead and others missing. The Sky Pirates team up with an old Apache in a fight for their lives against local gangsters.

The bad guys start it…the Sky Pirates take them on… and Niño Cochise ends it…the Apache way. And you know, Niño just doesn’t believe his father, Taza, died of “pneumonia” in Washington, DC in 1876. He was buried quickly and quietly in Congressional Cemetery. Was he murdered? Niño needs to find out.

Maggie O’Brien watches and waits. She has the story of a lifetime. She just needs proof.

“… the mysterious dead man on the corner—he was right in the middle of it…then things got crazy, and more people ‘bit the dust’…including that guy.

The dead man looked dead. Really dead. Tommy O’Brien watched for any twitch, any movement of the half-closed eyelids. The man’s eyes were staring at the top of the eucalyptus tree that spread over the red brick house from the backyard, but they were not seeing. Tommy could tell…there was no expression. When eyes look at something, he thought, you can tell. The man’s right hand rested on the Bermuda grass an inch from where the bare dirt began. He was ten feet from the curb where people stepped off the bus. His fingers were softly locked—claw-like. Tommy could feel his face tense at the thought that the hand might dig into the grass, or that the whole arm could rise up—who knows, the man might need to scratch his nose. Still, he wanted to talk to him and ask him questions. He looks like he wants to sit up and look around. Maybe tell me what happened.

A decorated Vietnam vet, Jim Magner is a writer of novels and plays. He has been the author of a popular art column, “Art and the City,” for the “Hill Rag,” a Capitol Hill, DC paper since 2002.

He is also a painter with works in private, corporate, and government collections. He has won numerous national awards for both painting and creative writing, including a gold medal for his painting “Children in Vietnam” in the Veterans Administration’s annual Creative Arts Festival.

Additionally, he has been a legislative assistant to a US senator, a government relations consultant, and a teacher.